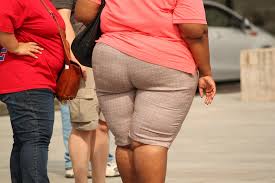 I’m fascinated by Gary Taubes’ book “Why we get fat and what to do about it”. The thrust of his work is that overweight and obesity have nothing to do with over-eating and lack of exercise. Rather, that they are side effects of fatness!

Let me try and explain the theory (by the way, it’s based on very old, thorough and compelling science). It is a little technical, but it’s such great food for thought, you won’t be sorry. I’m going to break this info into several articles on the topic. Be sure you get your future Sport Elizabeth editions to follow the series!

To begin to understand, you need to know what happens when you consume a meal. Over a 24-hour period, fat stored in your fat cells provides a vast amount of the fuel your cells will utilise for energy. A common misunderstanding is that carbs are the preferred source of fuel for the body. That’s simply because carbs burn up before fat does, in order to keep blood sugar levels in check after eating. So – the more carbs you eat, the more carbs you’ll need to burn before you get to burning fat for fuel.

Essentially, on eating a meal that contains both carbs and fats, the fats are shipped off to be stored for later. The carbs are broken down into glucose which then floods the bloodstream. In response to this, the liver produces insulin insulin is produced by the liver. This has the effect of stimulating cells around the body to take this glucose (sugar) out of the blood and store it as fuel. Muscle cells will store this fuel as glycogen; the liver cells will store some of it as glycogen and some as fat, and the fat cells store it as fat.

So what about insulin?

As blood sugar levels come down (due to insulin’s effect), more and more of the fat stored from your meal will be released from the fat tissue. Some of this fat was carb to begin with and some was just fat. The more time goes by after eating, the more fat is burned for fuel. In an ideal world (one where you don’t get fatter) the calories stored as fat after eating are balanced out over time by the calories burned both after digesting meals and during the night.

So, fat is flowing in and out of our fat cells all day long. What determines which fat is released and which is ‘locked’ away? The decision is based on the type of fat! The fat we use for fuel comes from fatty acids, molecules which flow freely in and out of the cells. The fat we store is in the form of triglycerides. These are comprised of three fatty acids (tri) plus a molecule of glycerol (glyceride, from carbohydrate consumption and are constructed inside the fat cells. They only move out of the cells if they are ‘disassembled’ first.

Therefore, the keep-or-release issue occurs due to size of the molecules. Fatty acids can move easily in and out of the cells. This means they are used for fuel as and when needed. Triglycerides, on the other hand, are too large to move from the fat cells. These are then are locked away for future use. Anything that promotes the flow of fatty acids into the fat cells, where they are made into triglycerides, makes you fatter. The reverse is also true.

Many hormones and enzymes are involved in this process. It’s easy to imagine how they could be disturbed and result in too much fat getting in and not enough getting out!

In next month’s article, I’ll explain how important insulin is in dominating the above. I’ll also explain how to start managing it in order to determine much fat gets stored in your fat cells.