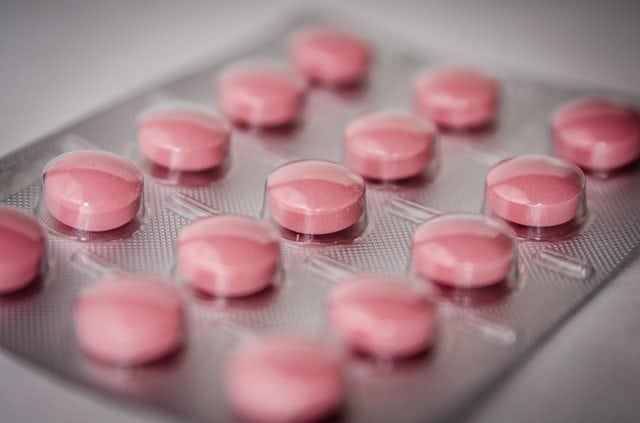 When considering the question of whether or not to go on hormone replacement therapy, it’s vitally important to do your own research.  When you look at it from outside of the pharmaceutically-supported medical industry, you’ll notice a mass of research and advice. These suggest that HRT is one of the most dangerous drug treatments around.

To put it briefly, back in the ‘good old days’ days, women were given (synthetic) oestrogen-only hormones. These increased the risk of endometrial cancer from 3-20 times.  In more recent years, hormone replacement therapy was combined with (synthetic) progestogens (called combination therapy) This was in the belief that this would counter the potential harm caused by the oestrogens-alone drugs.  However, by adding this, the risk of getting endometrial cancer was raised by 80%.

The Woman’s Health Initiative, a massive 15-year study involving 16 000 female participants was  started in 1991. It aimed to examine the most common forms of death and illness in postmenopausal women.  After 5 years the study was called to an abrupt halt because the figures were indisputable. Women on the drug were more likely than normal to get breast cancer. In addition, they were more likely to get many of the diseases HRT was being promoted to protect women against. Diseases such as heart disease, stroke, blood clots and dementia.

Although this study dealt with an older group of women, it was by no means the only one performed. For this reason the medical establishment have determined that it makes the outcomes irrelevant to pre or menopausal women.  Many other studies have been done and many appear to have been stopped short of the suggested completion date.  The reasons being that women contracted cancer at alarmingly high rates.

What doctors don’t tell you

Another study of note was the Nurses’ Health Study, produced by Harvard Medical School and backed by the American Cancer Society.  Lynne McTaggart wrote the book What Doctors Don’t Tell You. She writes, “It found that the risk of breast cancer was even higher in those using the oestrogen-progestogen mix.  The most startling figures of all, however, concerned longer-term use.  Those using HRT for more than five years had a 46 percent increased risk of breast cancer.  For women over 60, the risk leapt to 71 percent.”

A further notable and large-scale study done was the Million Women Study (UK). It showed, without a doubt, that women were dying from hormone replacement therapy.  This study involved a group of women who represented the ideal demographic for menopausal women – 50 to 64 years.

Findings indicated that HRT doubled the risk of breast cancer and raised the risk of heart attacks, blood clots and strokes.  In particular, the combination-type hormone replacement therapy was the worst offender for cancer risk.  No matter what type of HRT you may use, whether pills, patches, creams etc. – your cancer risk increases after a single year of use.

Many doctors promote the use of HRT to counteract osteoporosis. However, it will only have a ‘positive’ effect (outside of the cancer and heart disease risks) on bone health WHILE you’re taking it.  The moment you come off it, a return of the low bone density will occur. This leaves you in a very vulnerable position in your most vulnerable years (70+).  It would be far better to manage low density now and ensure that this condition doesn’t take you by surprise later.  Improving digestive health is THE most important place to start when looking at natural ways to counteract bone loss.

There are natural forms of HRT. But these products still have to go through processing to become available for you to use and there may be some question about their efficacy and safety too. However, what research shows is nothing quite as startling as the medical version of HRT.  If you wish to experience a drug-free, low health risk and comfortable menopause, you’re going to have to look at lifestyle, first and foremost.

You’ll want to achieve an ideal weight and be physically active. One doesn’t have to be a gym bunny to achieve this. In fact, new research on exercise shows us that we can perform interval training for just 20 minutes a day and see metabolic benefits. In addition, your diet needs to consist of real food and good quality water. You also need to learn to breath correctly, manage stress and sleep well.

Remember menopause isn’t a disease – it’s a perfectly natural process.  The reason most women struggle with it, however, relates more to their current state of health and lifestyle. So before looking at the ‘magic bullet’, ask yourself if it’s possible to make changes to your lifestyle in order to support your health through this transitional period.