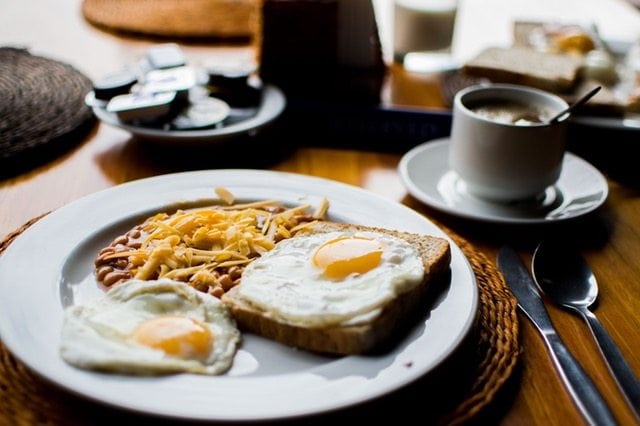 Is it bad to exercise on an empty stomach, first thing in the morning?  Apparently not.  In fact, there seems to be significant benefit derived from this habit, assuming your choice of breakfast – when and if you do have it – is a good one.


A new study suggests that exercising in the morning, before eating, can significantly lessen the ill effects of a poor holiday diet. Researchers recruited healthy, active young men and fed them a bad diet for six weeks. A group of them that exercised before breakfast gained almost no weight and showed no signs of insulin resistance. What’s more, they burned the fat they were taking in more efficiently. According to the New York Times:

“… Working out before breakfast directly combated the two most detrimental effects of eating a high-fat, high-calorie diet. It also helped the men avoid gaining weight.”

It should be noted that the men who exercised before breakfast also drank only water through their workouts (and for 2 hours after it).

This is important to mention since common choices after workouts often include sugary drinks (such as energy drinks and fruit juices).  Also, breakfast choices can include other processed, high sugar-release carb foods like box cereals and toast and jam (for example).  These drinks and foods cause insulin to be released by the body.

Remember that carbohydrates/sugars are the only foodstuffs able to alter blood sugar.  This is because the starches break down very quickly into sugars in the body to be used as an immediate energy source. When blood sugar rises, the pancreas produces insulin, which results in a signal being given to various cells to ‘open’ to receive this excess glucose.  When this mechanism works efficiently, your cells are said to be ‘insulin sensitive’. High insulin levels lead to easy fat storage. If the above pattern happens frequently enough, the cells can become ‘deaf’ to the insulin signal and thus require more and more insulin in order to react. This is what is termed “insulin resistance’ and it can eventually lead to Diabetes.

In addition, during exercise, human growth hormone (HGH) is released and so – if you eat the standard high-carb breakfast that most people do, you’ll have both insulin and HGH available at more or less the same time.  These two hormones compete with each other and – due to the essential role insulin plays in blood sugar regulation – insulin always wins.

You may be aware that by having more muscles you’ll naturally increase your metabolic rate and so be in a better position to lose excess body fat. HGH contributes to muscle growth, but if it’s trying to compete with insulin (and always loses) you’ll have effectively lost this great opportunity to grow more muscle mass.

In addition, your body’s fat burning processes are controlled by your sympathetic nervous system, which is activated by exercise and a lack of food.

This is how exercising on an empty stomach can prevent weight gain and insulin resistance.  In simplistic terms, the fasting and exercise forces the breakdown of fat and glycogen for energy and increases levels of a certain muscle protein that plays a pivotal role in insulin sensitivity.