When I’m approached by clients looking to improve their overall health, weight and energy, I’m repeatedly reminded of the fact that we humans are subjected to some pretty stressful elements on a regular basis.  Some of these can be easily recognised and understood, such as junk food and drinks, food chemicals, environmental pollutants etc.  Some, however, have not been quite so well publicised, even though they have far-reaching health consequences. In this article, I want to make you aware of the very real dangers that electromagnetic radiation can present to any and all living creatures. At the very least, you’ll be better informed and able to mitigate, to some extent, the impact these may have on you and your family…

The below excerpt is taken from the Electromagnetic Radiation Action Day; an international organisation dedicated to bringing these dangers to light and to offering alternative, safer solutions to current technology.

On May 31, 2011 the World Health Organisation/International Agency for Research on Cancer classified the electro-magnetic radiation from cell phones as ‘possibly carcinogenic’ to humans based on an increased risk for glioma, a malignant type of brain cancer, associated with use of mobile phones.

Symptoms and health impacts from cell phone use

Health impacts from radiation from cell towers, Wi-Fi, “smart” technologies and other infrastructures

Cell phones:
• Cell phone radiation damages DNA, which can lead to cancer and other diseases
• Those who began using mobile phones as teenagers have four to five times greater risk of developing malignant brain tumours compared to those who did not use phones at these ages
• Russia recommends that no one under 18 or pregnant women should use a cell phone
• France has banned all cell phones in primary schools and no advertising of cell phones is allowed to include children. Sale of cell phones to children under 14 is prohibited

Wi-Fi:
• Wi-Fi has been removed from schools in France, Switzerland and some schools & universities in Canada and the UK in favour of hardwired computers
• Germany has advised its citizens not to use Wi-Fi and has banned Wi-Fi in public schools
• France has removed Wi-Fi from its public libraries and some towns have removed Wi-Fi completely

Cell masts / antennas:
• Cell masts are not permitted at schools in France, Switzerland, Germany, Taiwan, New Zealand, Italy, Australia, Sweden, Finland and some parts in the USA
• In Brazil, 500 cell antennas have been ordered to be removed after a study by the health department of Belo Horizonte showed an increased risk of cancer if you lived within 500 metres of cell antennas

In other articles on the topic of electromagnetic fields (EMF), we have written about the dangers of these fields and how to reduce your exposure to them.  Having read other books on the topic, we’re struck by how little the ‘average’ person understands about what is arguably one of the most harmful aspects of modern living.

Further to the above, and as much as we’ve tried to comprehend fully and ‘translate’ our understanding of this vast topic into own terminology, we decided, in the below excerpt, to simply quote certain important excerpts from B. Blake Levitt’s book, Electromagnetic Fields (a book we would highly recommend everyone with an interest in health should buy).

“… Electromagnetism is inherent in the human anatomy.  Every time a muscle moves, there are electrical neuronal discharges; brain waves are electrical (they are what an electroencephalogram, or EEG, measures); all the sensory information that moves through the body to the brain is electrical; those chemical messengers called enzymes, which keep the whole organism of the body informed about various aspects of itself, are electrically influenced; cell division is electrical; and the heartbeat is electrical.

Thermal effects (the heating of body tissue) from electromagnetic fields have been known since the advent of the technology in the 1930s.  Most of the controversy has centred around the existence of nonthermal effects, meaning bioeffects by some other means.

It is important to distinguish between the two because thermal-effects-only are considered reversible and are relatively easy to measure, making it possible, therefore, to set exposure limits accordingly.  Nonthermal effects are another case altogether.  Researchers are finding statistically significant increases in leukemia, brain cancers, melanoma and male breast cancer.

It’s important to point out that far more studies exist showing EMF’s adverse results than do for the relationship between cancers and smoking, yet no one hesitates to make health recommendations against smoking.”

In normal cell mitosis (cell division and reproduction), two new sister cells are formed from an original cell, through a 4-stage process.  Each of these new cells will contain exactly one of the original chromosome pairs.  Studies have shown how exposure of cells to certain frequencies, have resulted in abnormal bridging between chromosome pairs during cell mitosis, resulting in unequal amounts of chromosomes going to each new cell.  This in turn, results in unequal amounts of genetic information in each cell.  “Oncogenes, which cause cancer, can theoretically be formed under such circumstances.  Other studies appear to confirm this.”

In addition, adverse outcomes have been shown in regard to the links between EMFs and pregnancy (as well as miscarriages), infertility, learning disabilities, sudden infant death syndrome and childhood leukemia and brain tumours.

How can you protect yourself and your family?

How can we protect ourselves against these dangers?  I’ve mentioned previously, the importance of going barefoot – allowing the body to discharge its electrical build-up through the flow of free electrons from the earth’s surface.

In addition, we sourced products through a US company, www.earthing.com, which provides earthing mats, sheets and body bands.  The latter products are relatively inexpensive, when taking exchange rates and import duties into account and can help ground you while you sleep, talk on the phone, or work on the computer.

Other things you can do

Avoid the use of mobile landlines, microwave ovens (due to both the EMF issue, as well as the damage it does to foodstuffs) and wireless connectivity and appliances.  Also, stand a minimum of three feet back from an appliance, when it is operating and try and keep your cell phone off when in the house (in particular, keep it away from your body, especially overnight).  Try and place your bed against a wall that is free from electrical wiring (or, at the very least, switch off any appliance around the bed area overnight).  Better yet, switch your house off at the mains overnight.  When considering where to live, avoid any house within 500 metres of cell, radio, TV or telephone towers and consider the proximity of power lines too. 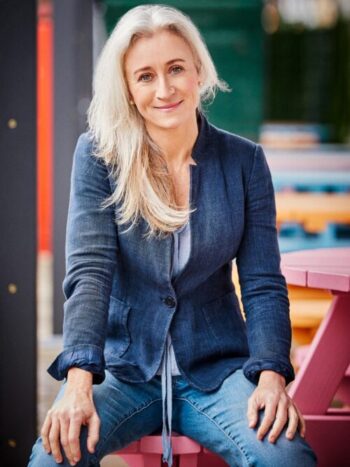